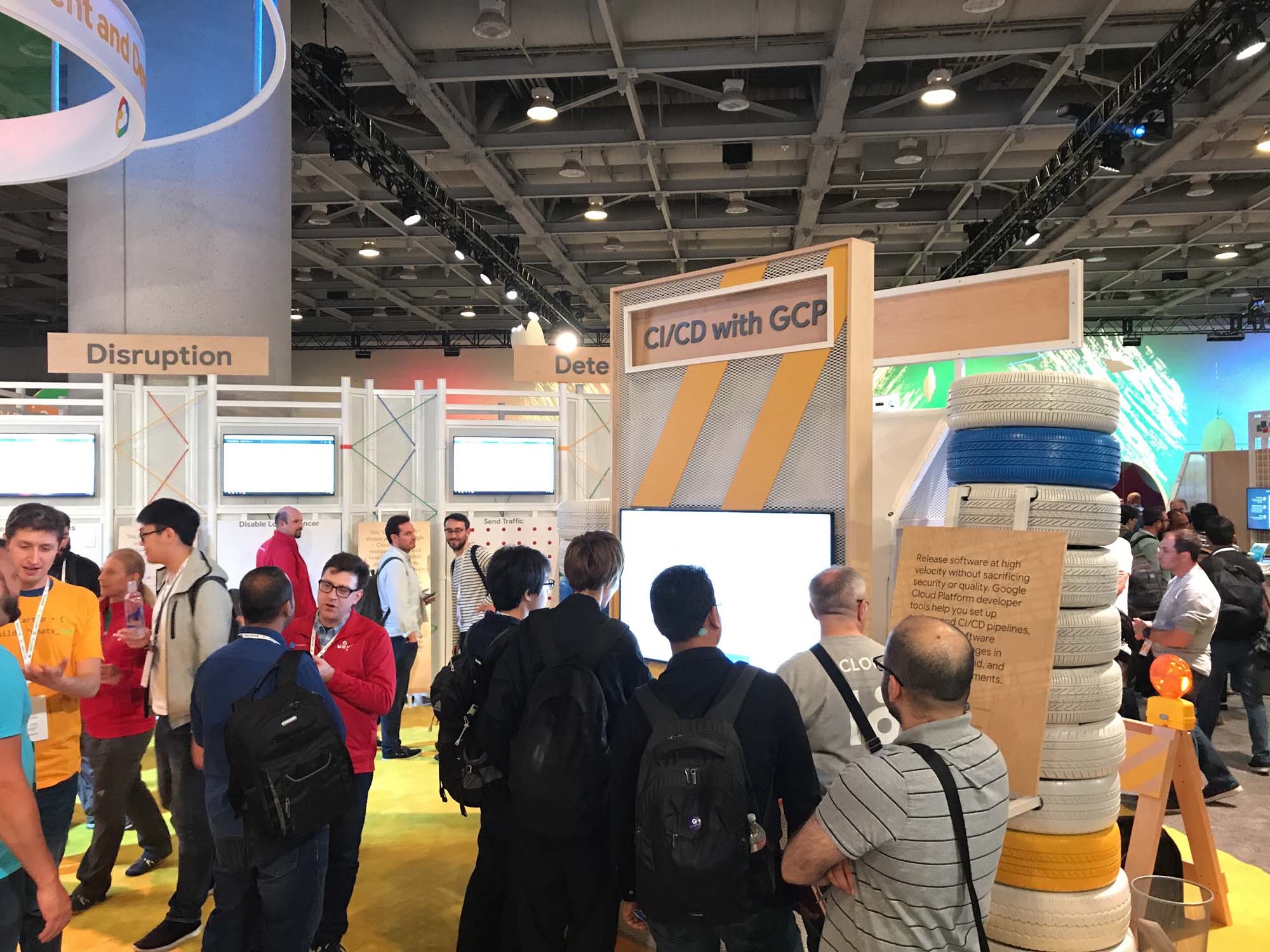 With Sparks, for Google and the Google Cloud team.

Working within the interactive team as a creative technologynologist with an extremely talented group of 2D and 3D designers, software engineers, hardware specialists, planners, producers, and fabricators, we oversaw the creations of nearly 50 interactive activations. Each telling a product story for technologies being released at the event, we designed experiences that would intuitive inform the attendee through physical interaction -- building things like music makers and midway games on top of real cloud technologies. 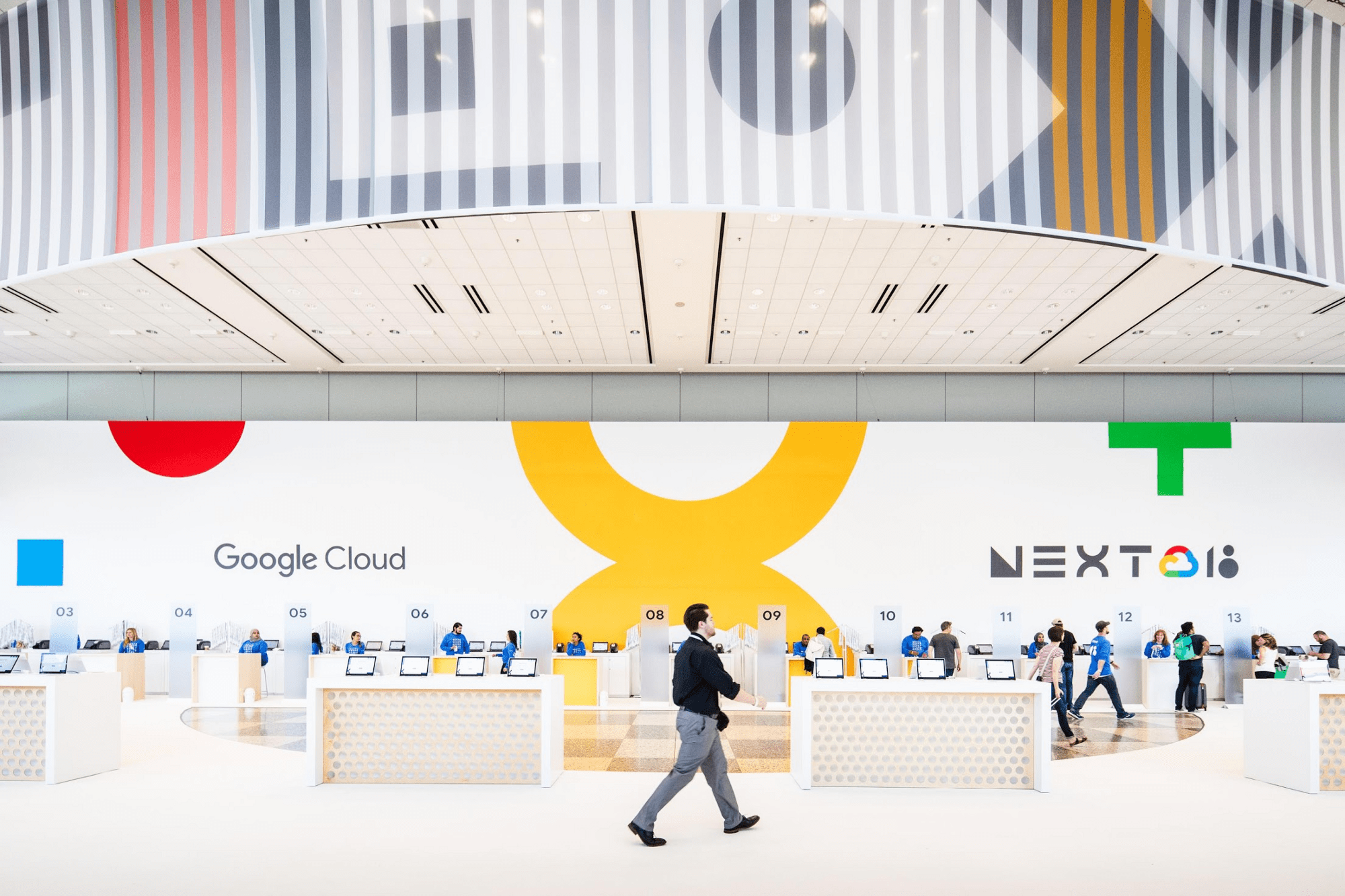 My responsibilities and areas of focus covered software-based product launches, including App Development, Infrastructure and Operations, and Open Hybrid Cloud. Starting with Google's cloud offerings -- databases like Cloud Spanner, Kubernetes, Istio, application monitoring, and Cloud Functions -- we brainstormed engaging experiences for C level execs and developers that physicalized the product and boiled down their differentiators and business values into intuitive interactions. For a product like Cloud Spanner, whose value comes from its ability to automatically shard and replicate across the globe, we built a human-scale mirror that could visualize the replication as it occurs with real data and real database nodes. 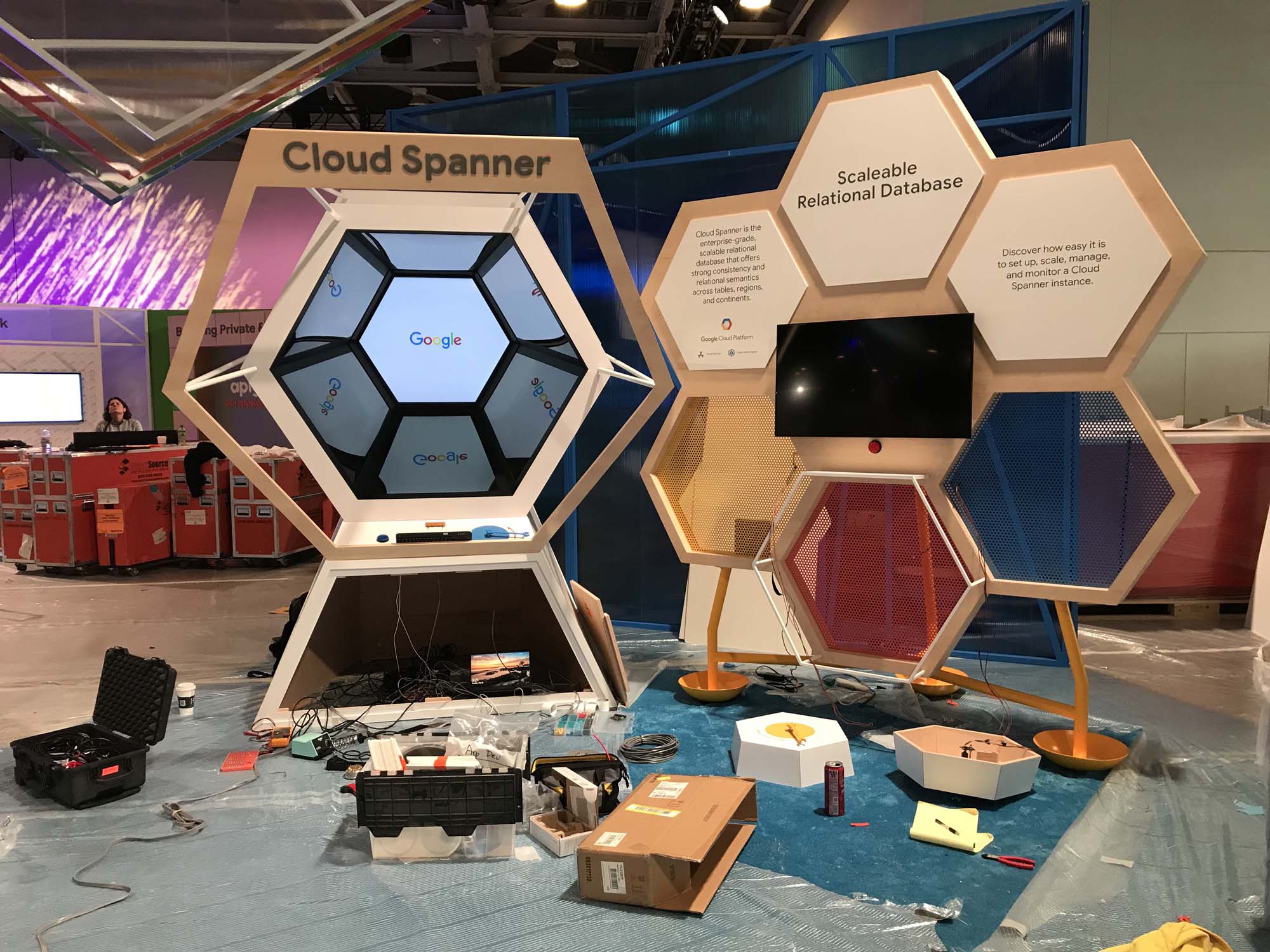 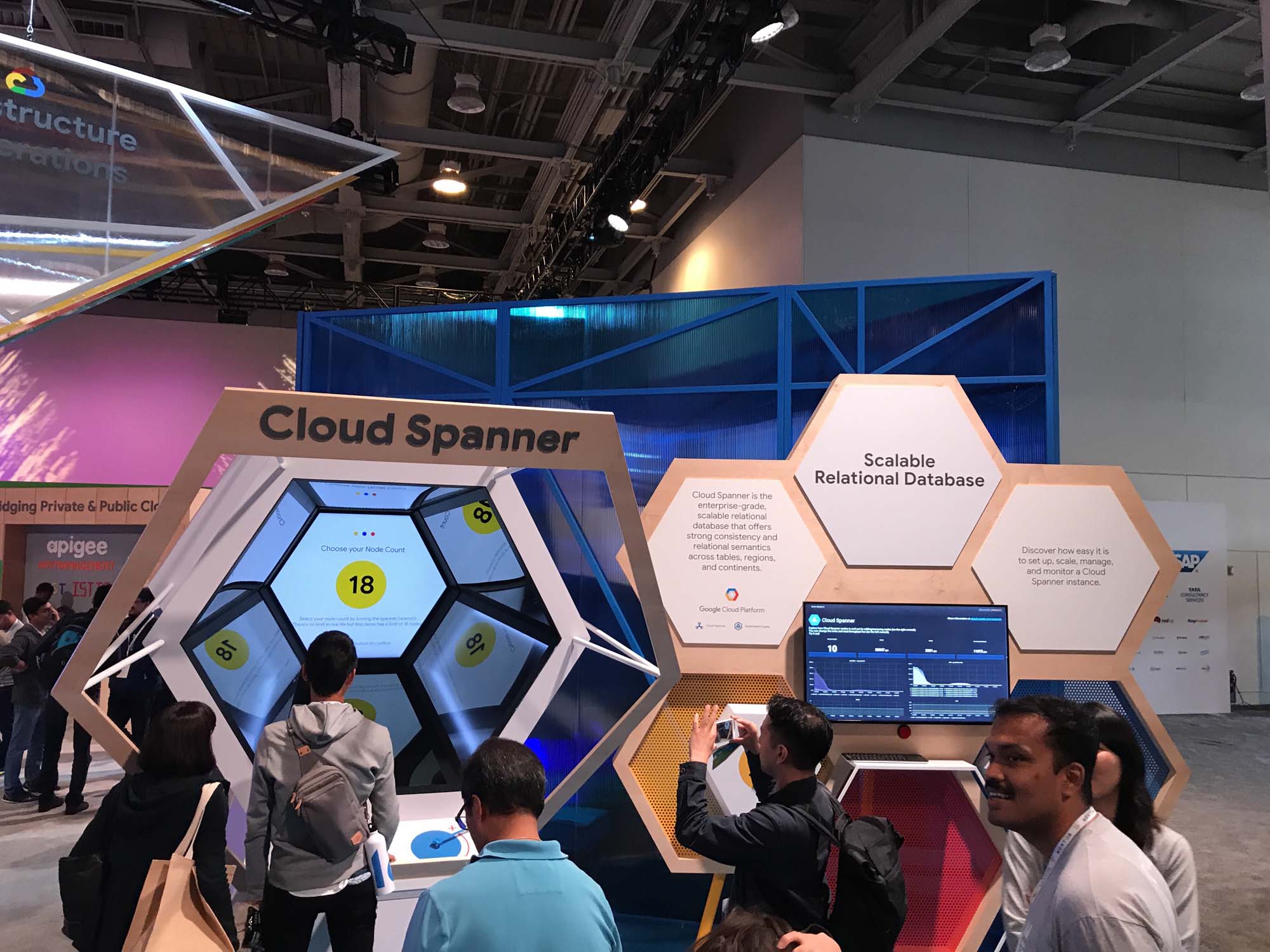 To capture the usefulness of Kubernetes and Istio, which is the ability to combine and control both physical containers and cloud-based clusters as one service mesh, we built an "orchestra" with a conductor: an actual music-making experience that pumped real traffic through real clusters, each of which is defined as a specific instrument within the orchestra, to allow attedees to experience live control of actual infrastructure. 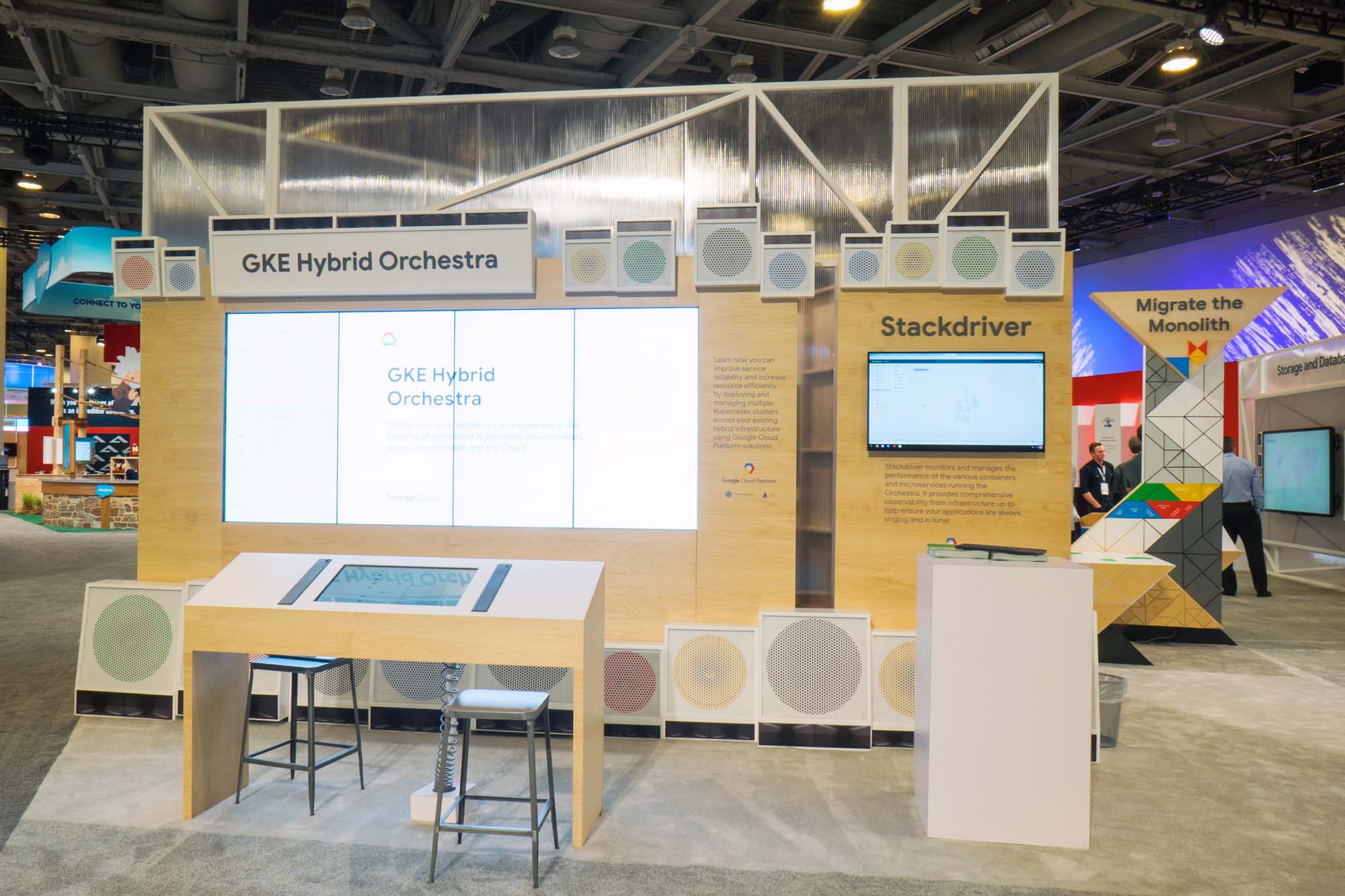 For cloud functions, we built an on-demand ecosystem where attendees could ship entire image processing pipelines -- built with real deployed functions -- to a fun world of personalized clouds full of images from Google's public datasets. The multi-step process began with attendees selection various functions, changing parameters, and queueing their pipeline. Moving on to a second station, attendees would launch their cloud with a cannon, and then send images into the world with a bike pump to test the pipeline and the load it could handle. This entire process consisted of a front end for deploying cloud function, a DMX controller for the cannon, and a wind sensor that would determine how many images to pull from the dataset. Alongside the attendee-facing experience, a web page allowed users to return to their cloud and send custom images from their devices. An admin page and the Safe Search API provided brand ambassadors with a method for content moderation. 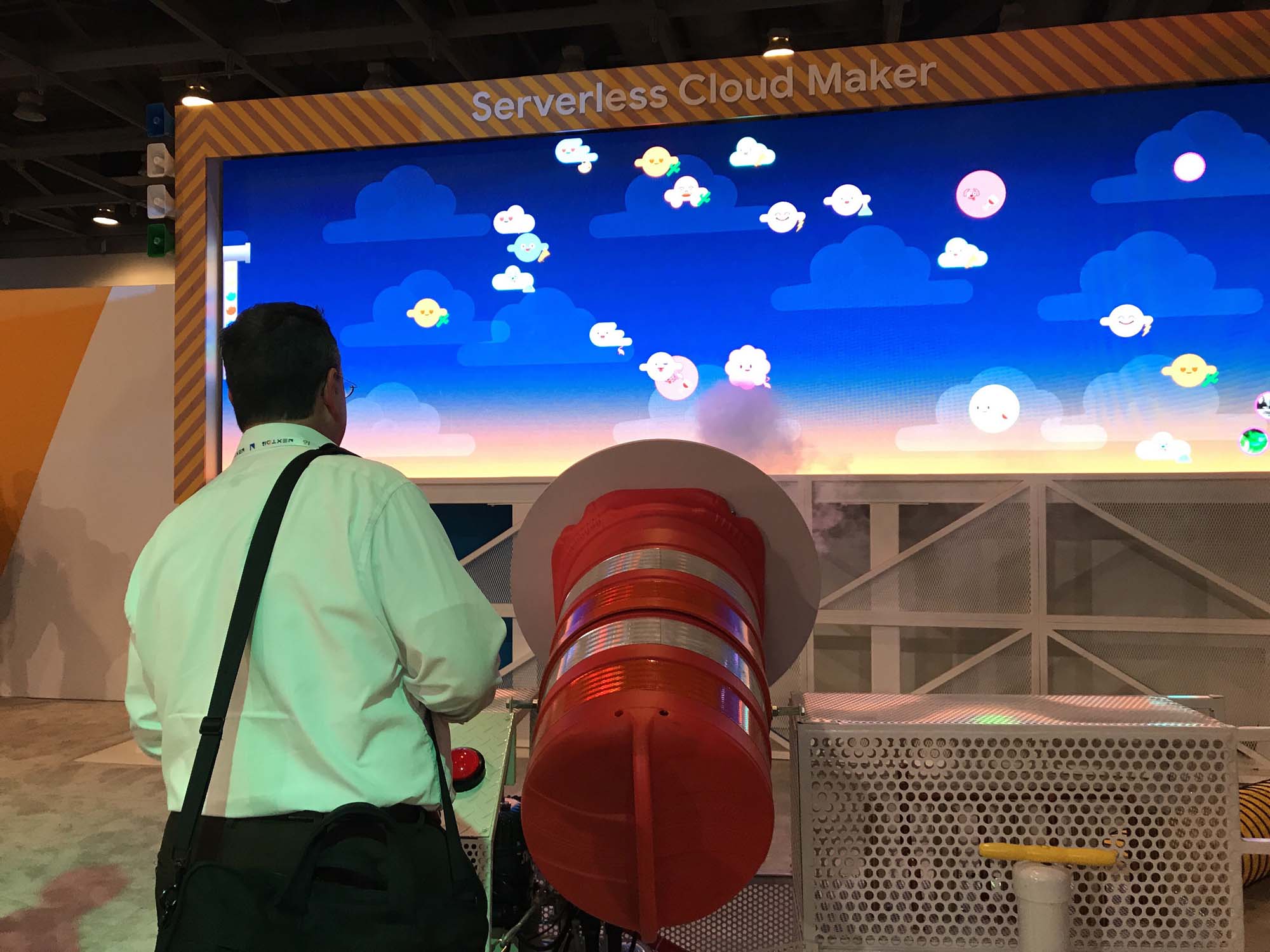 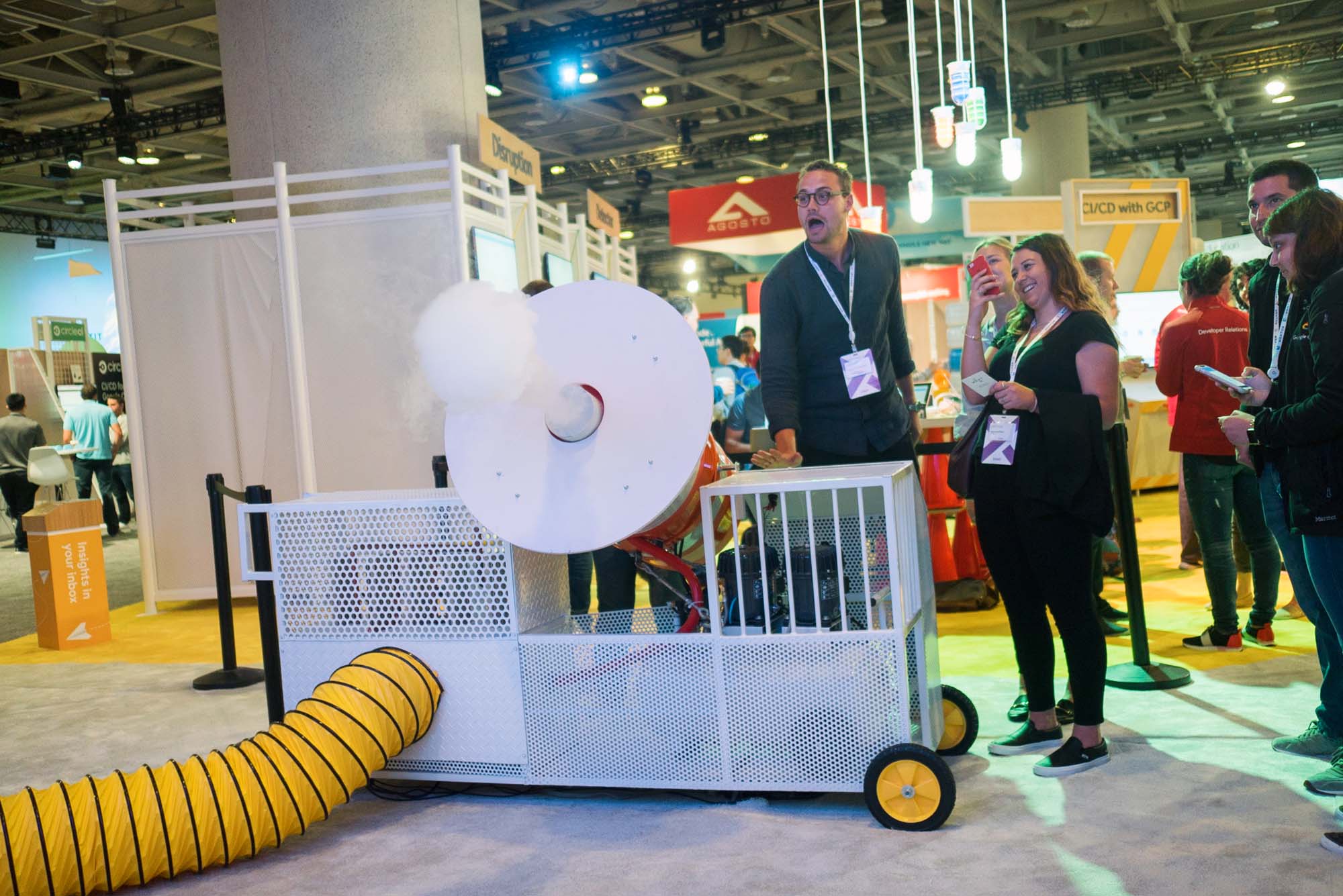